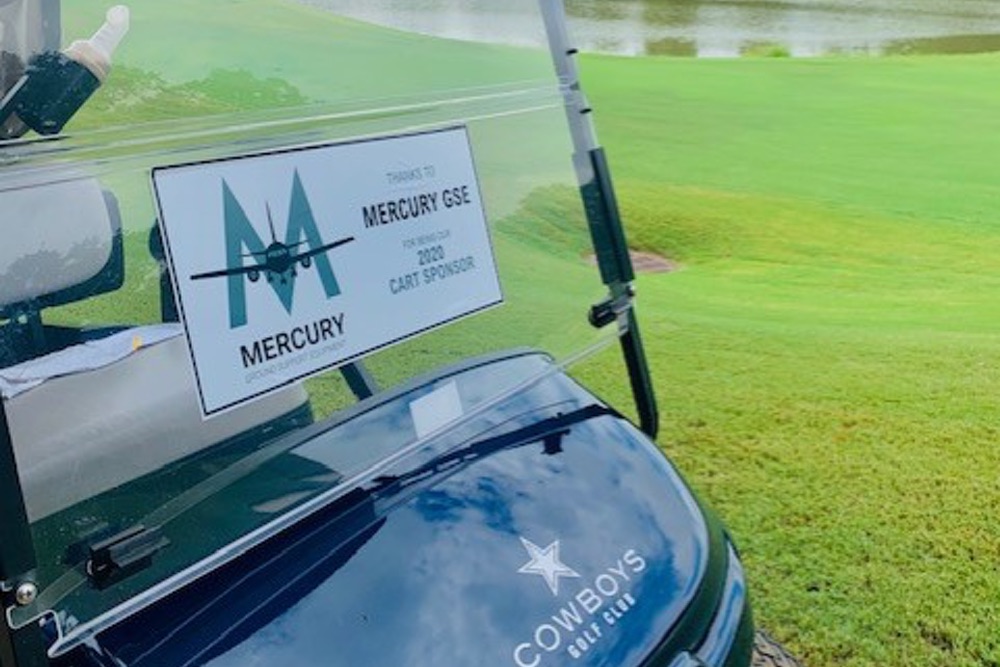 Grapevine, TX- Mercury GSE was proud to be a sponsor for the Dallas Station Shootout Charity Golf Tournament hosted by Southwest Airlines. The tournament took place at the Cowboys Golf Club on Wednesday Septemeber 2nd. The Cowboys Golf Club is one of the top-rated golf courses in the Dallas/Fort Worth area. The tournament admission included a breakfast buffet, unlimited range balls, and 18 holes of golf with Dallas Cowboy themed carts sponsored by Mercury GSE. The tournament also featured a raffle as part of the fundraiser. One of our very own team members David Dieterich won a trip to Colorado! Mercury GSE teamed up with our strategic business partners from United Rentals to play as a team in the tournament. Our company was honored to be able to contribute the highest sponsorship possible for the tournament. This sponsorship was one of many for the company.

What made this event so special was all proceeds from the tournament were donated to the Make-A-Wish Foundation in North Texas. Make-A-Wish is a non-profit organization that helps fulfill the wishes of children with critical illnesses between the ages of 2 ½ to 17 years old. The money raised in the tournament will help fulfill a wish for a child. Mercury GSE is both proud and honored to have been able to not only sponsor but participate in such a special tournament for a good cause.